My fascination with Early Iron Age (800-500 BC) elite burials started during my Research Master when I was interning at the National Museum of Antiquities. For a year I assisted the curator of the Prehistory collection Luc Amkreutz to redo the permanent exhibition of archaeology of the Netherlands. As part of this process I helped arrange the finds from the Chieftain’s burial of Oss into its new display case. This iconic find from Dutch prehistory has fascinated many since its discovery some 80 years ago, and I am the fourth ‘generation’ to study this burial complex – and I doubt that I will be the last. 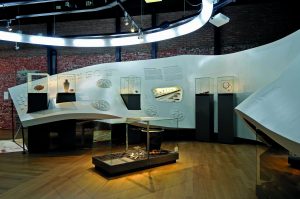 The Chieftain’s burial of Oss on display in the National Museum of Antiquities (photo by Mike Brink).

This Chieftain’s burial consisted of a large bronze wine-mixing bucket (known as a situla) which was used as an urn for the cremated remains if the dead Chieftain and his belongings. These included an extraordinary iron Mindelheim type sword with a gold-inlayed hilt which had been bent round during the funerary ritual, horse-gear for two horses, parts of yoke (which would have been used to attach the horses to a wagon), an iron axe and knife, three dress pins, a ribbed wooden bowl, some worked bone and antler fragments and lots of textiles.I found myself completely fascinated by these items, both the exceptional craftsmanship of them, but also the puzzles they represent – on several levels.

Firstly, there was the challenge of figuring out exactly what all the bronze and iron bits were and how they would have gone together. I knew many of them were horse-gear and wagon components, but how would they have been positioned on the organic components that did not survive? Then there was the question of how and why it all ended up in the bronze situla. Why did they take apart a wooden yoke and bent the sword during the funerary ritual? Why did this man warrant such an elaborate funeral? And then perhaps the most interesting (to me that is) element to this complex – most of the grave goods originated from the Hallstatt Culture of southern Central Europe, with nothing similar found in between.

Moreover, the Chieftain’s burial of Oss is not the only such grave to be found in the Low Countries. There is in fact a cluster of Early Iron Age (800–500 BC) elite burials in the Low Countries in which bronze vessels, weaponry, horse-gear and wagons were interred as grave goods. Mostly imports from Central Europe, these objects are found brought together in varying configurations in cremation burials generally known as chieftains’ graves or princely burials. In terms of grave goods they resemble the Fürstengräber of the Hallstatt Culture of Central Europe, with famous Dutch and Belgian examples being the Chieftain’s grave of Oss, the wagon-grave of Wijchen and the elite cemetery of Court-St-Etienne. These burials formed the focus of my PhD-research, an in-depth and practice-based archeological analysis of the Dutch and Belgian elite graves and the burial practice through which they were created. The results of this project were published in Fragmenting the Chieftain as part of the PALMA series of the National Museum of Antiquities.

I hope to continue my research into these fascinating complexes through research projects on the Fürstenrab of Frankfurt-Stadtwald and Early Iron Age globalization. 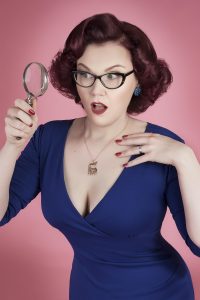